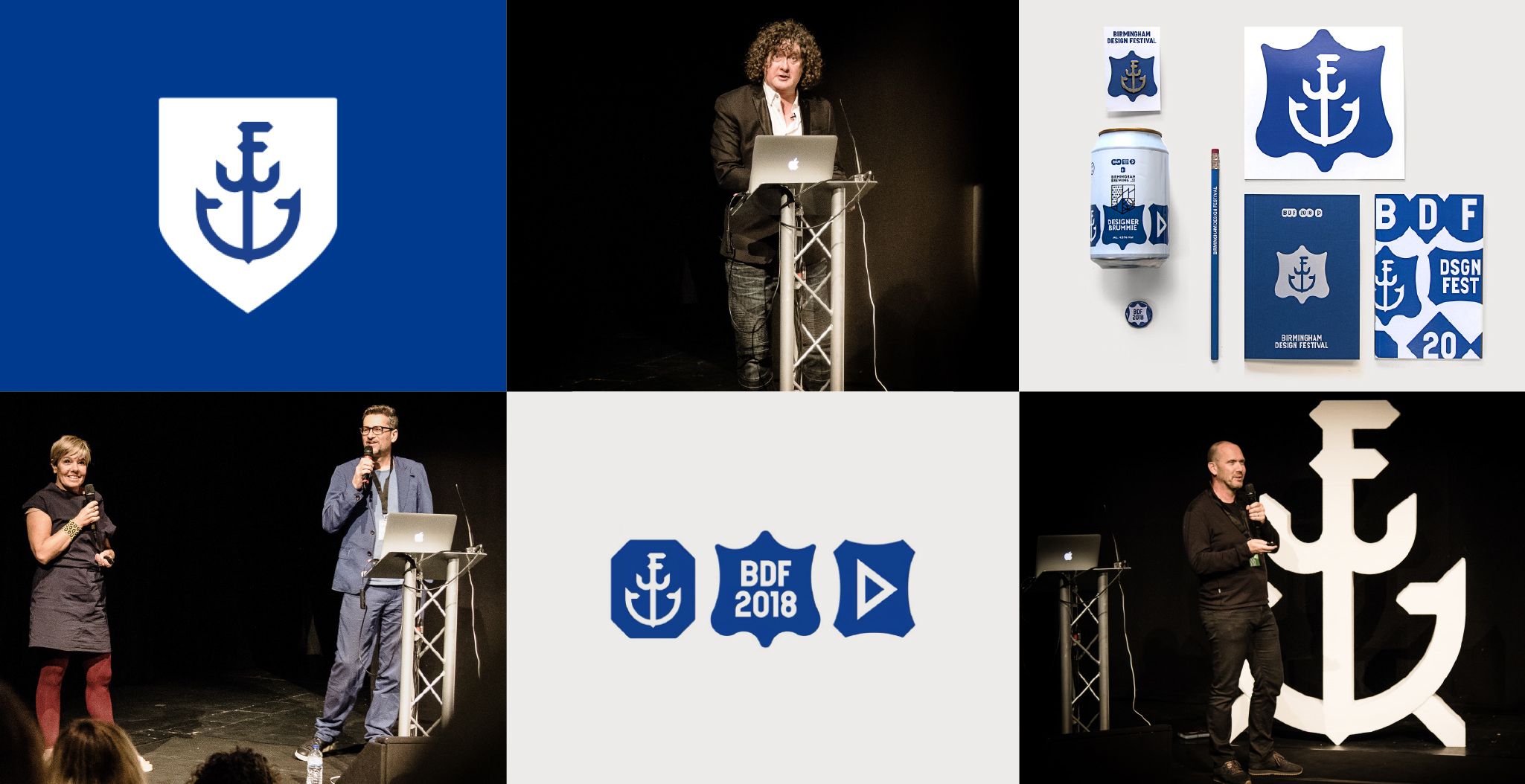 This year saw the inauguration of the Birmingham Design Festival. The four day celebration of creative culture saw a series of workshops, seminars, exhibitions, demos and screenings across our beloved second city. A city which has been building on its heritage and transforming itself into a diverse cultural hotbed.

Of course, M3.Agency have been eagerly following social media updates in anticipation of getting involved as much as possible. We managed to get to a number of events, and even met some of our creative inspirations including, Marina Willer, Aaron Draplin and Jim Sutherland (who M3’s Matt even had a beer with!)

The first event we attended was “How to find your Brand Purpose,” a subject pertinent at M3.Agency over the past six months, as we progressed through the stages of our extensive re-brand. Naeem Alvi hosted a great workshop where he shared his experience of working with brands, from giants like Nike through to inspiring projects like Hiut Denim, which David Hieatt set up with sole aim of giving back to the rural community of Cardigan, Wales, which had seen 400 job losses when the previous jean factory upped sticks and left town. We took part in group tasks and indeed answered some searching questions about what it is that gets us up in the morning, our own purposes.

Naeem was a top guy, who’s energy really rubbed off on us all. A great start to our time at the festival.

Friday evening we were lucky enough to go on “An Adventure into Advertising and Big Hearted Branding” - an event curated by Patrick Burgoyne of Creative Review and featuring four very prestigious names in the business.

Pentagram’s Marina Willer kicked off proceedings, talking and demonstrating how she takes influence from her family and the world around her, tirelessly observing, photographing and weaving natural touches into her work. I loved her recent Battersea Rebrand and having now met her, I can say that the integrity shown in her work is abundant in her character. It’s evident in everything she does, from her Macmillan cancer branding to more personal projects like her “Red Trees” film which documented her father’s life, from escaping the holocaust to starting a new life in Brazil. Her message was inspiring and uplifting.

Next we had Birmingham’s own Trevor Beattie who described his lifelong obsession with going to space. His fascination started with an early school project, for which he scored a B- from his teacher, Mr Palmer, and has sometimes permeated his creative work. See Duncan Jones’ Moon, which he was involved in, as well as his famous Carling Space ad for proof of this. He described his personal journey, meeting all of his 4 heroes: Bowie, Ali, Prince and Buzz Aldrin, and the effects of three of their deaths in 2016 had on him, forcing him to step back from the advertising world to focus on projects he holds dear. One of which was a trek to the South Pole with the legendary Buzz Aldrin, who subsequently re-marked Trevor’s Space project homework “A+”

Well, you’re not going to argue with an expert are you?

Jack Renwick, the straight talking Glaswegian had us laughing at her tales of early experiences whilst she effortlessly displayed her creative skills. I loved how she strived for integrity in work, and her humorous attitude to clients; she once painted a dead client outline on the doorstep which she said worked to make her agency seem ‘ballsier!’

Jim Sutherland wrapped up the evening with a short(!) 322 slide presentation. To be fair it was worth staying up late for: His work on Royal Mail’s Special Edition Agatha Christie Stamps and his D&AD book designs are both intriguing and clever. I’d say ‘clever’ sums Jim’s approach up well. He clearly loves to solve problems, bringing a love for maths and chess to the table.

There was a theme to the evening which was “Do Something” - go out there, observe the world and get creative.

Which from 2018, is precisely the mantra of M3.Agency.

Wondering how to retouch photos? Learn more about the history of Photoshop, how to use Photoshop and our 5 quick wins on retouching images from our detailed guide.